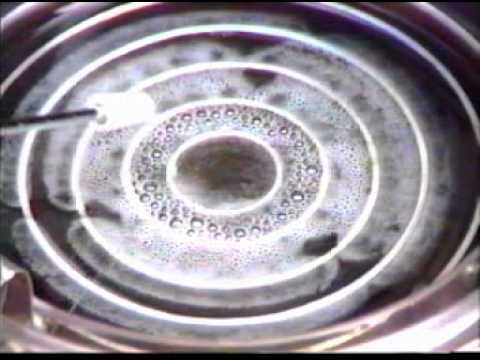 The Joe Cell is a simple but elegant general purpose energy device. It can be used from a wide range of purposes including but not limited to healing, and powering vehicles without fossil fuels.

Physically the Joe Cell consists of numerous stainless steel cylinders within each other. A particular type of water is within the cell. A power source is connected to the inner and outer cylinders. Initially, basic electrolysis occurs, which is the production of gases such as hydrogen. But hydrogen is a by-product of the process that we focus on.

With correct construction of the cell, correct charging processes, a suitable power source, ideal water, and various other elements that are not yet fully understood, the water develops a kind of rotating magnetic field that appears to be somewhat related to Tesla’s rotating magnetic field. This field appears to be intimately related and sensitive to biological energy fields.

At this stage, while some developers have managed to use the technology to power vehicles without fossil fuels (called a “conversion”), only one appears to have achieved a RELIABLE conversion which is the original discoverer, Joe himself. That is to say while other developers have achieved “conversions”, the variables that determine the reliability of the vehicle running are not known. Putting it into context, many researchers have succeeded in reproducing bizarre effects of the cell on the vehicles engine, and even running a vehicle for short periods of time, but the engine unexpectedly cuts out.

We are in possession of the original Rover vehicle which was successfully converted by Australian energy researcher Alex Shiffer. This model of vehicle is unique because of its entirely aluminium engine block, which clearly absorbs the cell’s energy much more efficiently than cast iron blocks. This Rover vehicle is also featured in Alex’s publication “The Experimenters Guide to the Joe Cell”. Alex successfully converted this vehicle to run entirely on the Joe Cell, without any conventional fuels. It was witnessed by several others. Due to the action of the cell, a severe oil leak occurred from the engine which then needed to be shut off. While Alex’s conversion was successful, unfortunately to date he has not discovered exactly why conversions are unreliable and difficult to reproduce. Most researchers do not achieve conversions, although it is quite common for experienced researchers to encounter the bizarre engine behavior associated with the cell.

Since acquiring Alex’s Rover vehicle, we have spent thousands of hours attempting to convert the vehicle with our own cells. Shown above is a photo of the vehicle connected to the cell’s engine.

While we have not yet achieved a full conversion, we have observed the bizarre effects that the cell has on the engine. This alone required meticulous attention to detail with regards to cell construction, water preparation and the charging process.

The effects observed are:

We have succeeded in running the engine without conventional fuel for approximately 5 minutes, before it unexpectedly shuts off.

As has been reported by those who know Joe personally, the final secret to achieving a reliable conversion is in the power source for the cell. Specifically a power source that creates a rotating magnetic field within the water. The process is said to be closely related to that of Tesla’s rotating magnetic field. We also believe this to be the case, and are directing our efforts to producing a more suitable power supply for the cell.

One of our cells is shown left. “The Experimenters Guide to the Joe Cell” has become somewhat of a standard for joe cell researchers. But as Alex will tell you himself, it is one thing to sit in your armchair and think about theories and physics, but its another to actually conduct research and experiments for yourself. Truly you must do the work yourself to understand and experience what is happening, and even then it’s a long road.

While nobody may know for certain exactly what the cell does, and how it is capable of enabling a vehicle to run without conventional fuels, everyone tends have their own theory. Below we have presented ours.

What We Believe The Joe Cell Does

What the universe and energy is may not never be known. But we can still observe and understand how it behaves. Its behavior can be expressed as numbers and mathematics, although visual diagrams are far easier to understand. I do not claim my theories are 100% accurate, but I do believe they are close.

Essentially we believe the Joe Cell is a kind of “field capacitor”. The tubing and flow of electrical current cause countless harmonic toroids, all spiraling inwards. It is the same path of flow for all matter including galaxies. This is the same”living field” present on all living things, and the focused energy can be used for virtually anything, including medicine or even electricity generation. The problem with the technology is that designs of the cells are unreliable and easily affected by other common fields. For example, the cell will never work when under power lines. And sometimes it will not function properly because of atmospheric conditions and weather. In fact we are unsure as to why sometimes it doesn’t function properly, so it is still a work in progress.

The mechanism that causes an engine to run is a bit of guesswork. It’s safe to say it works on a kind of implosion effect.

Theories On How It Runs Engines

These are mostly educated guesses: