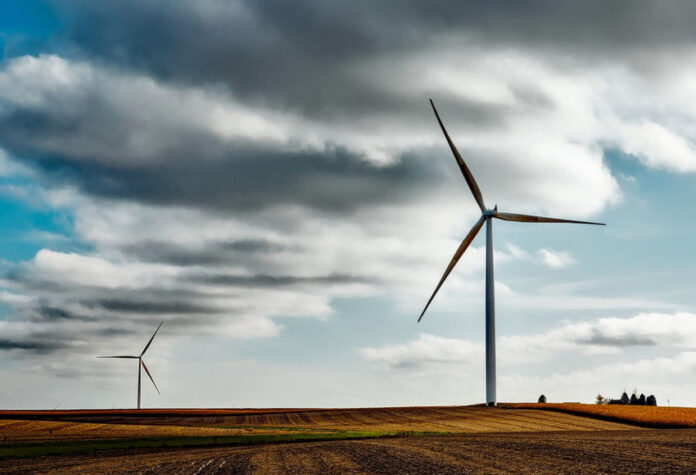 The idea of renewable energy is that it is derived from the natural processes that are replenished at a rate that is equal or faster than the rate at which they are consumed. The forms of renewable energy vary. It can be deriving directly or indirectly from the sun, heat generated deep within the earth. They include energy generated from solar, wind, biomass, geothermal, hydropower and ocean resources, solid biomass, biogas, and liquid biofuels.

Due to the ongoing changes our earth is going through the majority of the countries have come to the decision that it is better to switch completely to renewable energy. Moreover, the governments have imposed discounts for the companies who operate in the ecologically friendly manner.

Among the number of countries, Canada remains one of the countries to produce the most renewable energy. The renewable sources of the country currently provide 16% of Canada’s total primary energy supply. Out of the most mentioned above, wind and solar energy are two of the fastest-growing sources of electricity in Canada.

Main energy sources to use

Renewable energy from its many sources is an incredible way to power, heat, and fuel to Canada. Each type of energy from hydro to solar and biomass contributes in different ways to the country’s energy resources.

Hydro, wind, tidal, geothermal, solar, and biomass are all used to generate electricity. Geothermal, solar, and biomass can also be used for heat. In addition, biomass, such as wood waste and landfill gas, can also be transformed into fuels. Compared to other countries, Canada has a high share of renewables in the energy supply. For comparison, OECD countries, on average, got 10.5% of their energy supply from renewable sources, while the world average was 13.4%.

With multiple sources of energy, it is easier to mine teh Bitcoin, as there are many alternative energies. Thus, the miners are now operating freely. Bitcoin mining requires a lot of electricity, as the devices work on high voltage, Thus having several options for teh electric supply make the devices work properly. Moreover, in this case, the usage of renewable energy is an eco-friendly activity, which does not cause any hazard to the environment.

The crypto process is ongoing everywhere, and the fact that Canada has recently become the first country to accept Bitcoin exchange-traded funds only proves that the country is one of the front going in the sector. Though cryptos are not only used in the financial and trading industry, but in the gambling industry as well.

The primary source of renewable energy in Canada comes from moving water. Wind power capacity has been growing steadily within the past 10 years. Back in 2018, when the first massive research was made, hydro accounted for 67.5% of Canada’s total renewable energy use, followed by solid biomass at 23.3%, then followed by wind at 5.2%, ethanol at 1.8% and renewable waste and landfill gas was with 0.8%, and the last position was held by the solar energy, with only 0.1% to use.

Before we start defining each of the resources and how they have grown throughout the past several years, it should be outlined that the increased usage of renewable energy sources, changed the perception and usage of electricity as well. Thus, electricity which has been used for multiple purposes now has become more appealing to the crypto industry as well.

The federal Renewable Fuels Regulation requires fuel producers and importers to have an average renewable content of at least 5% based on the volume of gasoline that they produce or import. Moreover, Canada is trying hard to comply with all the ecological friendly approaches and thus provide safe and accessible energy to the local citizens.

Canada is one of the biggest countries to look at when it comes to renewable energy usage and production. The massive increase in every single sector has been especially vibrant throughout the past several years. The tendency is continuing in the same direction and some better results are to be seen in the future.

Facebook
Twitter
Previous articleWhy Is Betting Not Considered Professional But Investing Is?
Next articleWho Should You Trust With Your Crypto?
Tyler Durden

All over the world, a strange hobby is gathering force— the making of cheap, lightweight craft of aluminum foil, balsa wood, and...
Read more
Other

Nikola Tesla is known for many great inventions. Almost all modern power distribution and production systems use Tesla’s designs from over 100...
Read more
Renewable Energy

The Joe Cell is a simple but elegant general purpose energy device. It can be used from a wide range of purposes...
Read more