Home Business, Money & Trade Cryptocurrency Who Should You Trust With Your Crypto? 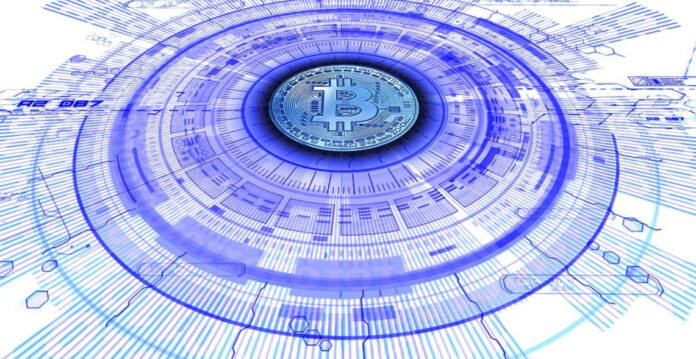 Cryptos have become one of the most important trading and investment assets recently. With millions of people buying cryptocurrencies online, with a single desire to build a life on it, it is still very unstable and very dubious whether cryptocurrency stays to be the safest money currency at all.

The cryptos have not once proven that the market is very volatile and that the unexpected changes might come any second, thus they manage to always keep you in tune. The crypto market is constantly going under changes and challenges. There is no specific answer to what has determined the massive change in the value of the asset, yet it is obvious that the predictions are hard to make.

The rapid rise in Bitcoin value back in 2017 gave credence to true believers who had been promoting the world-changing possibility of cryptos. Though, while this was supposed to be the great rise, it was followed by the great downfall of the crypto value only a year after in 2018, which was then the proof of skeptics that it was just another mania. The same thing happened in the 17th century with the Dutch tulips, and it was the global euphoria, and the Las Vegas housing development in 2006 when the massive migration to Vegas happened.

Together with Bitcoin, its cousin Ethereum, which has emerged for marketing the underlying blockchain technology, maybe well-know they are not well understood. And that’s a problem for investors intrigued by the technology or just determined not to miss out on the next big win.

The area has attracted so much interest that people holding themselves out as experts may be little more than enthusiasts. “Many of these advisers are kids who don’t have a day job,” says Daniel L. Gottfried, partner, and chair of the international transactions practice at the law firm Day Pitney. “These kids are traveling all over the world. They’re showing up at conferences, where they talk about crypto stuff that they market to their wealthy friends to invest in. In these circles, I have a lot of trouble figuring out who’s for real and who’s not.”

While the future of the Bitcoin is definitely bright, it still lies undercover. The pull of the next new thing is very strong, though there has been a boom in the Initial Coin Offering (ICOs), which are attracting investors through the online forums very successfully. This is another place where you need to be attentive in order not to get fraud or scam.

While scamming and breaching is a common thing on the web, it is important to note that there are some industries that are especially sensitive to privacy and security. Also, those industries are as usual the most common influencers of the crypto popularity. Among them, one is definitely gambling, which is one of the most popular Bitcoin investment and usage spots, as well as is one of the places where you should be careful with your expenditure.

The gambling industry is regulated in every single country and it is relatively hard to find the place where you play illegally. Yet, according to www.bitcoincasinosreviews.com, with Bitcoin being a less regulated asset, some casinos managed to overplay the authorities and do not offer all of the services fairly. This is why casinos especially need way more attention to pay, when trusting your money. The most important thing to check is whether the online casino is regulated or not and whether the regulatory authority is the valid one.

There are different methods to avoid frauds and scams, which are all over the internet, especially when it comes to trading and digital currencies. Many companies have found their own new approaches and new measures in order to avoid scams. One of the most widespread currently is the while paper, which is often addressed by the companies. White papers are quicker to put together, but they aren’t done with the same rigor as a prospectus, which every sophisticated investor would demand a more traditional early-stage investment.

The ICO Alert is the website that tracks the offerings and has complied with over 5000 companies looking to raise money through selling tokens, though it turned out that up to 1500 of them were fraudulent. The comments regarding this case were made by the site’s cofounder and the CEO, Mike Finch.

He mentioned that the lack of trust in the companies is awoken by the fact that there are a lot of new investors in the market, who do not understand the fact of trading and cryptocurrency investment in general. He claims the risk is exacerbated by companies selling ratings from self-proclaimed experts. These experts may not know what they’re talking about or, worse, maybe part of the company trying to sell the coins.

The fraudulence in companies

According to Mike Finch, his company is the one to use a three-step process to determine whether an offering is fraudulent or not. Though, even the ones that are counted as credible ate the tech startups, that have the startup risks engaged. How people put money in the coin also shows whether the area lacks advice on the investment process. Ken Nguyen, who is the Chief Executive Officer of Republic, which is the platform hosting tokens presales for more than a year, has been publishing companies his site works with in order to create a safe and secure community and protect any future investors.

Many early coin sales were executed with a Simple Agreement for Future Tokens (SAFT). Nguyen says these contracts contain fewer controls on what can be done with the money. “Companies can take the money and go to Vegas.”

Do you find yourself constantly struggling to make money and get ahead? It's not because you need to work harder. Here you'll...
Read more