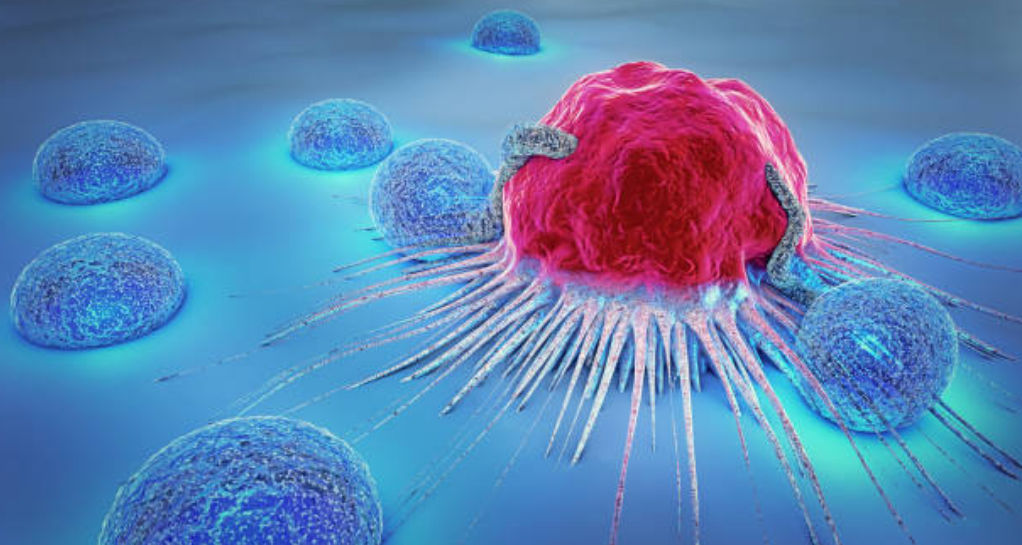 You’d think if a cancer for cure was found, it would make headlines. The truth is very different. There are powerful interests that profit from traditional cancer treatments such as chemotherapy. What you may not know is such treatments often cause more problems than they solve. And there have been very active efforts to suppress promising alternative therapies and treatments for cancer.

Before I continue, I’ll state I’m not a doctor. It doesn’t mean I’m uneducated on the matter. What I present here is the result of my own research. Remember that doctors tend to read from the same books. They don’t know everything, and rarely do they deviate from “what the books say”. If you’re going to wait until “officially approved” and effective treatments become mainstream, chances are you’ll be dead by then. Also none of the information here is “FDA-approved”. But read on, and you’ll find compelling evidence the FDA and “recognized authorities” may not be acting in the best interests of patients. Let’s not forget that “FDA-approved” doesn’t mean everything, OR that cigarettes are “FDA-approved”.

Additionally, blindly following what doctors say, without doing your own research, can be the difference between life and death. Likewise, blindly following the word of someone who merely claims to have the cure can have the same result. So have a balanced approach and open mind, to make an informed decision.

I’ll assume either you or someone you know has been diagnosed with cancer. You’ve probably read all the typical explanations of what cancer is, being that it’s abnormal cells that keep growing and spreading. To understand what this means and how it happens, you’ll need some background information. Essentially, cancer occurs because your DNA has been damaged.

DNA stands for “deoxyribonucleic acid”. But let’s forget the technical name and look at what it really is. Basically it’s the blueprint for every cell in your body. Consider it like a computer file that tells your cells how to grow, act and behave. If your blueprint is corrupted, your cells wont work properly. In the case of cancer, your cells are malformed and growing out of control.

But to truly understand what cancer really is, you must stop looking at your body as merely cells, proteins, chemicals etc, and understand your body is an incredible harmonic symphony of energetic vibrations. In fact all physical objects are harmonic vibrations. In layman’s terns, you may have heard of Einstein’s equation of E=MC^2. It’s his equations for turning physical matter into energy. Put another way, everything it “energy”. But we look at everyday objects and consider them to be “physical objects”. Taking it another step, your body is a series of waves, vibrations and spirals of energy – right down to the sub-atomic level.

A Visual Representation of Cancer Cells, From an Energy Perspective

The best way to understand this is watch the video below. This is just sand on a board with sound. And at the right frequencies of sound, the sang forms perfect geometric patterns. These patterns are like your DNA and cells. When you see the sound frequency isn’t quite right, the geometric patterns are malformed – this is like a state of “cancer”, where your DNA is corrupted, and your cells become malformed.

Asking “what causes cancer” is like asking “what disrupts ripples of water”. Many things can disrupt water ripples – it can be a rock thrown into the water, other irregular ripples, or even leaves on the water surface. Likewise, many things can cause cancer. I won’t get into the various causes of cancer. There are just too many to list. But I will explain a few examples.

We all know of the prominent causes like smoking. Specifically it it’s the smoke itself. It’s the toxins that damage your DNA. Radiation is another common cause. Any form of disharmonic radiation can cause cancer. This includes but is certainly not limited to mobile phone radiation.

Consider the formation of your cells are, at the root, harmonic energy vibrations. Now consider mobile phone radiation can literally create popcorn. Imagine what it can do to your cells.

An occasional does of radiation or toxins won’t hurt you. Or will it?

If you drank a little bit of poison every day, you probably wont notice any ill effects for years. The poison may even be FDA-approved. You might naturally believe since you haven’t experienced any health problems for years, that the poison was safe to drink.

Then perhaps 10 years later, you may develop bowel cancer. You may then ask what you did wrong. You exercised regularly. You didn’t smoke. You regularly ate vegetables. So what caused the cancer? Well, the FDA-approved poison may be pesticide on your vegetables.

The FDA may have approved the poison, because in “clinical trials” lasting perhaps 1 year, no ill-effects were observed in humans. Was there any study over a 10 or even 20 year period? And even if there was, how could anyone possibly isolate the pesticide as the cause of any ill-effects?

Before the FDA beats down my door, let me remind them of their own mistakes. Many drugs they approved were eventually recalled because they appeared to be killing people. You can research this for yourself. We don’t expect any government organization to be perfect. In the case of pharmaceutical drugs, the company developing and selling the drug does their own testing. But any layman knows you shouldn’t take the word of someone selling something. It’s a serious conflict of interest.

Many drugs have been recalled before. What currently prescribed drugs will eventually be recalled too?

If it wasn’t meant to go into your body, keep it out of your body

Your body is capable of repairing itself. It does so continuously. So it can tolerate a reasonable amount of toxins, without noticeable ill-effects. Over the longer-term may be a different matter. But let’s make a reasonable assumption: if something wasn’t mean to go into your body, perhaps don’t put it into your body. You may not notice ill-effects for decades. But you may not be aware of the long-term damage. For example, it may be cheaper and more convenient to buy fruit and vegetables from your local supermarket. But do you really want the pesticides? The better and healthier option is usually a farmer’s market, where local farmers often grow organic food, without the use of pesticides.

You may argue food bought from supermarkets is less prone to disease. That may be the case, but at the expense of consuming something with potentially fatal consequences (later in life). Wouldn’t it be better to consume food – as nature intended? And is it really that difficult to inspect food you purchase, for any signs of rot or disease?

I don’t want to give you the impression that cancer is only caused by one or even a few things. Again there are many potential causes. There are probably more causes than we can imagine.

Now that I’ve explained some background information, let’s look at some of the best alternative and suppressed cancer treatments.

The Different Types of Cancer

Consider the geometric patterns of sand from the sound waves (in the video above). How many ways can you imagine to disrupt this pattern? And how many parts of the pattern can you disrupt? Many ways, right? That’s an analogy for the different types of cancer. So you can get cancer just about anywhere in your body, and there are many types of cancers.

The main types of cancers:

Evidence suggests that your genes certainly play a role. It appears if cancer runs in your family, you’re more likely to suffer from cancer. But like with most things in life, cancer isn’t caused by just one thing. One consideration is rather than cancer being “in your genes”, it could be that your family all eat similar foods, and have similar lifestyles?

You can’t do anything about your DNA, or can you? Actually you can, to some degree. Foods you eat and lifestyle choices can and does alter your DNA. There’s evidence to suggest even your emotions can affect your DNA. One example is illustrated in the video below.

How Emotion Affects Water Structure and Your Cells

The Rife machine uses sound frequencies to disintegrate cancer cells, without harming healthy cells. Keep in mind my explanations about how cells are harmonic vibrations of energy, rather than mere “physical” objects. The best analogy is how resonant sound can break a wine glass. Every wine glass has a resonant frequency. and every living cell also has a resonant frequency – or more specifically a sound frequency that disintegrates it.

A word of warning: there are various “rife machines” you can buy. Having a rife machine doesn’t mean it will work. For a rife machine to destroy cancer cells, the cancer cells must be observed under a microscope, and the machine must be tuned to emit the correct frequencies. Without the correct frequencies, you won’t affect the cancer cells, and may even harm your healthy cells. At this stage, the Rife Machine is simply approach that appears to work. But more work is needed to make the approach practical.

How the Rife Machine Works

Eric Merola Burzynski is a doctor based in Texas, USA. This is truly an astounding story of a pioneering doctor’s technology, and the FDA’s suppression of the technology. Basically he successfully treated many patients, and the pharmaceutical establishments appear to have clearly and actively sought to suppress the technology.

Considering every living cell is formed from harmonic energy vibrations, it should be possible to heal virtually any disease with harmonic sound. And I do mean virtually any disease. There is evidence ancient civilizations used sound to universally treat illness. If you think our “modern” civilization is the most advanced humans have ever been, you’re dead wrong. This is a whole other topic.

While sound healing technology may be a viable approach, it doesn’t mean you can load a harmonic soundtrack and expect to be cured. Chances are it will do nothing or very little, because the “formula” isn’t complete. I believe the technology needs to be fully rediscovered. That’s not to say there aren’t people who already have the technology. I believe they do, but aren’t sharing it. Below are a few videos if this interests you:

This page may have introduced you to cures and treatments you may not have heard before. You are unlikely to ever be told about them by your doctor. Because the technology is actively suppressed, you’ll also find considerable deliberately false information about them. Don’t believe everything you hear or read. As always, do your own research and come to your own conclusions.

5 Benefits & Uses of CBD Oil For Your Health