7 of the Most Beautiful 3D Printed Houses and Cabins 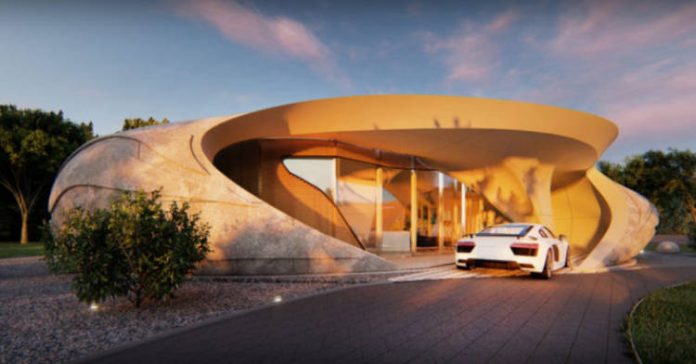 3D printing is changing many industries around the world. The construction industry, especially for domestic premises, is no exception.

Here are 7 interesting examples of proposed and in development tiny 3D printed housing projects from around the world. Perhaps you might want to get one printed for yourself in the not too distant future?

How much do 3D printed houses cost?

3D printed houses are still something of a novelty and are largely still in development, but you can 3D print a house for a lot less money than having one built using more traditional construction methods. For projects that are currently in development, costs are somewhere in the order of $10,000.

“According to The Verge, which earlier reported on ICON’s concept, the 3D-printed house would be made of cement and take up to one day to be printed by large 3D robots. Best of all, the homes would cost just $10,000. And ICON hopes that eventually, it can bring the cost of homes down to $4,000″ – Fortune.

But it should be noted this is for a small 2-bed house. Larger constructions would likely cost more.

There are also some other homes that have been created for less than half that.

Since the vast majority of 3D printed houses are made from concrete, they should last a decent amount of time. With proper maintenance and continuous habitation, there is no reason they shouldn’t last as long as more traditional concrete constructions.

This varies, but most estimates are that they should at least last for between 50 and 60 years.

Many 3D printed houses do have timber elements to them which are more susceptible to decay over time if they are not treated or maintained properly. Some other 3D printed buildings have been specifically designed to be biodegradable and are only intended as used for temporary accommodation for things like disaster relief applications.

Can you live in a 3D printed house?

Most 3D printed houses created to date are concept builds, but there are some projects around the world that are aimed at producing 3D houses fit for habitation. We have included a few examples below.

What are some examples of 3D printed houses?

So, if you want to see some examples of 3D printed houses then here are 7 interesting examples. This list is far from exhaustive and is in no particular order.

1. These tiny 3D houses in Mexico are pretty cute

In Mexico, a giant 3D printer is being used to create an entirely new neighborhood. Each house takes around 24 hours to complete and can house a small family.

The 10 meters long printer quickly churns out the shell of each 152 m2 area with the roof, windows and interiors fitted later. A non-profit called New Story is behind the endeavor.

They have teamed up with Icon to make use of their enormous Vulcan II printer to create the houses.

The idea is to allow Mexicans in rural areas of Mexico to move out of their shacks into these new two-bed houses.

It is thought that developments like this could help solve the growing housing crisis in many countries around the world.

Called the PassiveDom House, this house was designed to be as sustainable and energy-efficient as possible. They run entirely on solar power and can even generate their water from the moisture in the air with an optional add-on.

They are created using a large 3D printer in a factory in Nevada and could be a game-changer for small housing in the future.

The shower in the bathroom can also clean and recycle water.

“The house, from a startup called PassivDom, is designed to use as few resources as possible. The company didn’t initially aim to create an off-the-grid home, but realized it was possible as it experimented with materials to improve energy efficiency, landing on a polymer composite.” – Fast Company.

3. This Italian 3D-printed house is tiny but full of potential

An Italian 3D-printing company called WASP are building tiny houses to showcase the abilities of their revolutionary Crane WASP printer. This modular 3D printer can create homes in a variety of formats and sizes very rapidly indeed.

These new 3D printed houses, called Gaia, are 30-meter square dwellings with a 3D printed outer shell and internal timber beams supporting each unit’s timber roof. The above example was printed in situ in Massa Lombardo which is a town in the Italian region of Emilia-Romagna in October of 2018.

“The house was printed using a natural mud mixture made from soil taken from the surrounding site, as well as waste materials from rice production such as chopped straw and rice husks.” – Dezeen.

Apparently the house is also biodegradable too!

4. These 3D printed houses look like something from an alien world

Developed by the Eindhoven University of Technology, these 3D printed houses look like something you’d find on an alien world. They hope to produce a few units in the future so they can be rented out at a reasonable price in the future.

The Dutch university is set to construct around 5 of the buildings over the next five years and each one is almost completely made of concrete.

“The project is the world’s first commercial housing project based on 3D-concrete printing,” said the university. “The houses will all be occupied, they will meet all modern comfort requirements, and they will be purchased and let out by a real estate company.”

5. This 3D printed house is also a work of art

Back in 2016, a team of architects in Chicago proposed an amazing design for a 3D printed house made of printed plastic, carbon-fiber panels, and glazed walls. The team won first prize in the Freeform Home Design Challenge and for a good reason.

The design for the 3D printed dwelling is incredibly bold and, compared to other examples above, makes the most of the technology. Called Curve Appeal, the building is actually a thing of beauty.

The plan was to 3D print the building in Chattanooga in Tennessee. It is planned to be completed in 2020.

DUS Architects are planning to build tiny 3D printed micro-homes in Amsterdam. Each tiny 8 m2 cabin comes with its own internal bathtub and is very cozy indeed.

Each 3D cabin is built using bio-plastic and the project is intended to demonstrate how additive manufacturing can offer solutions for temporary housing solutions in disaster areas, among other applications.

When the cabin is no longer needed, it can be destroyed and almost all the materials can be reused.

“The building is research into compact and sustainable dwelling solutions in urban environments,” said the team behind the cabins.

7. These 3D printed houses are made out of hemp

There are plans to build a set of hemp-based 3D printed houses in Australia in the not too distant future. Designed by the biotech company Mirreco, they hope to harness the “explosive potential of industrial hemp”.

The company believes it should be possible to 3D print the floors, walls and even roofs of buildings using carbon-neutral hemp panels. The company recently unveiled its plans that were developed in collaboration with Arcforms, an architectural company based in Perth.

“The floors, walls, and roof will all be made using hemp biomass, and the windows will incorporate cutting-edge technology that allows light to pass through the glass where it is converted into electricity,” Mirreco have stated.

Whether you're a homeowner or a renter, renovating is always going to be something you want to do to give your home a fresh...
Read more
Affordable Homes

Step Inside Some of the Most Eco-Friendly Homes in Australia

Around Australia, environmentally conscious homeowners and designers are breaking new ground with sustainable initiatives. The result? Homes that are supremely comfortable to...
Read more
Affordable Homes

A Guide To Dome Homes

We recently recapped our experience visiting the home of two of our customers, which happens to be a dome home. As architecture junkies, we...
Read more